Chiropractic science handles the spinal cord problems that affect and directly damage the functioning of the nervous system. The subluxationof the spinal vertebrae is disturbing and disrupting the normal communication between the brain and the spinal cord for all bodily organs. This problem is very severe and gradually causes a functional fracture of the body’s systems, bodily tissues and body parts, and physical injury.
The chiropractor’s unique clinical application focuses on its sufferings and harmful and damaging effects to the proper functioning of the central nervous system and the peripheral nervous system, both at the tissue level and on the cellular level. Every doctor and therapist must understand that the athlete attaches supreme importance, in any sport or competitive level, in the need to meet the physical demands of the competition. This important point is particularly evident when it is supported by the increase and increase the level of performance and prevention of injuries that are scientifically and naturally performed in chiropractic care.

Sealoxation-the sub-A and its elements:

It is a complex of functional and/or structural and/or pathological changes in the spinal column that impair the integrity and integrity of the neural system and may affect the functioning of the body’s overall organ and health system.

Sub-discharge(vertebral subluxation Complex
Subnecqua I have a very common problem that most of the time the car is missing. Hundreds of studies have been made in the field of five elements in cerebrospinal fluid. These components harm every person, and much more in the athlete from which serious physical efforts are required and high-level functioning.

Spinal kinesiopathology-Pathology in the spinal cord systems that include faulty alignment and movement.
These include:
A. Sub-mobility – improper disability in joint motion, which causes discomfort, potential pain, and performance restriction.
B. Too many mobility – too many mobility in a joint movement, causing instability and risk of injury.
C. A compensation response – sub-mobility in the long run causes the joints above and sometimes from below to reach a state of too much mobility.
D. Loss of freedom of movement (LOSS OF JOINT PLAY) – Loss of movement in a vertical-joint trajectory.
E. The loss of movement on a central axis – the joint suffers from a traffic disability.
F. Dynamic alignment (positional dyskinesia) – A lack of justification in all of its traffic ranges.

Important to know: it takes a large number of recurring vulnerabilities before hacking. Also takes many years of abnormal neural dysfunction

Before organic changes are visible in routine diagnostic procedures.
-Neuropathology-Neuropathophysiology Pathological development of the nervous system.
This situation is a primary component of cerebrospinal subcutaneous syndrome. Three main parts are identified in this severe syndrome:

Myopathology – Pathology in the muscular system. The musculature of the muscular system that is related to giving cerebrospinal cord is identical to other muscle pathologies that are caused by nerve damage for various reasons than that of a faulty spinal dysfunction. Neural changes, blood supply impairment, and degenerative changes in the joints cause pathological changes in the muscles.

A. As a result of the injury to compresses: a decrease in neural action, low muscular tension, degeneration, fibrosis (muscle becomes fibre, rigid and degenerate – the process starts 7 days after the injury and if not treated becomes irreversible after several weeks).

C. As a result of neurological pathology in the joints: A mistaken adaptation reactions (a result of abnormal reflexes), cramps and muscle weakness, fibersis (bits and muscle hardening).
Important to know: non-corrected and immediate muscle pathology causes imbalance, muscle spasms or tone impairment in muscle and degeneration. The bio-mechanical structure of the spinal column acquires an abnormal pattern of a muscular direction that transforms in the long term into an integral part of orthopedic and neurological damages from an unneccular (muscular or offensive muscle).
histopathology – The process of swelling in the tissues. This process activates pressure on the joint and soft tissues around. Swelling causes the soft tissue damage. Some areas become subtle and painful to the touch. There is a buildup of lactic acid, histamine and other chemicals. Formation of rigid points (trigger points and warm regions resulting from temperature increase. An unusual erosion and effort causes secondary and joint changes in the joints and tissues (arthritic changes).

Important to know: If this condition is not amended, the Newtonian process begets the accumulation of calcium salt. This process causes non-reversible changes in the structure of the skeletal system and muscles and the permanent functioning of the bio-mechanical system of the spinal column. Since secondary changes begin a few days after the injury, a chiropractic remedy must be carried out within a week from the injury.

A standard medical approach is necessary if the athlete is severely injured. The medical profession specializes in the treatment of fractures, muscle rupture, ruptured tendon, joint exit and other injuries that normally require emergency treatment. However, most of the casualties in trauma leave the hospital with the same tensions on the spinal column (a secondary sub-stop, which they suffered before the hospitalization, and in most cases the state of their spinal column was becoming even worse. The lack of nerve balance, damage to the skeletal system, and the movement of the joints, loss of tone and balance of muscles inhibits the recovery of the athlete and continue to cause repeated injuries with the repetition of the repetitive training and intensive competitions. Doctors are simply not trained to locate and correct tensions that are created by a stray gift. This is a chiropractor’s specialty.

Too much patients who reach physicians ‘ clinics due to sports injuries receive painkillers and anti-inflammatory. In addition, cortisone injections, prednisone, or other bullets from the family of steroids that were cut off by the medical establishment, claiming the most dangerous drugs in modern medicine. Painkillers may allow athlete to use damaged organs in his body with the risk of harming them even more. Thigh surgeries cause long-term damage and have shown neutron processes years later. Now we’ll see that the so-so-so-so-fast arthroscopy for pelvic pains can also cause irreversible damage. There is no chemical that can fix movement problems, imbalance, and pressure on the spinal cord nerves. A bio-mechanical problem must be solved by mechanical means, which is why chiropractic helps the athlete. As with any other health problem, if the situation is not an emergency, it is advisable to contact the least permeating bus. Try chiropractic before balls, injections and unnecessary surgeries.

Athletes and celebrities depend on chiropractic

These famous people have all the abilities to choose each health branch to maintain their bodies and maintain their health. However, they have chosen chiropractic as a bus to save their own and health. More than 30 million Americans make the same choice.

Arnold Schwartzagar – “You are the surgical chiropractors…” Dr. Franco Columbo picks up professional weights and is the chiropractor of the Schwartzzenagar family. “I visit Franco regularly.” When I have athletic wounds, he always helps me.

Dan O’Brien – Winner of gold medal in Dakatlon. “Because of chiropractic I won the gold medal.”

Mel Gibson – “in the difficult scenes that come again and again everything starts to ache all the time.” I asked a chiropractor to be present in the Patriot shoot because they can put you back in 15 minutes. He would fly from Los Angeles to South Carolina and work on the entire team. The stunt people especially liked it. “

les Armstrong – cyclist and the Tour de France. After winning Les said he couldn’t do it without the help of Dr. Jeff Spencer, his chiropractor.

Joe Montana -“Chiropractic works for me.” A football player who led his team to four Super Bowl winnings. Three times the Super Bowl and Player of the year in 1990 agreed to be a spokesman for chiropractic in the state of California.

Tiger Woods – one of the best golf players in the world, has been at the top of this spot for many years. Tiger Woods comes to every competition with his next-door chiropractor.

Chiropractic treats many athletes and among them

Gerald Wilkins – Basketball-“I didn’t know how much I could improve until I started seeing a chiropractor.” Since I began with chiropractic treatments, I have improved in several degrees mentally and physically.

Fred Fenac – a golf professional “I really believe that chiropractic has improved my game.”

Even in the entertainment world

The chiropractor is a PhD and is an expert in everything concerning anatomy, physiology and dynamics of the spinal column in particular and the body at all. Consult with only a certified chiropractor registered in the Israeli Chiropractic Society

Committed to the quality of life and of your health 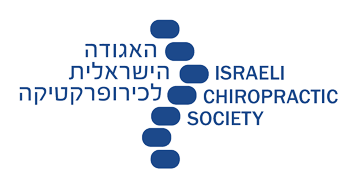